SANTIAGO – After a tense 10-hour debate as to whether Chileans could withdraw, as a personal, temporary loan, part of their retirement funds, it was approved, much to the chagrin of the reigning right-wing government.

The motion needed 93 votes to pass to the next stage and got by with a very narrow margin of 95. Unexpectedly, 14 right-wing representatives voted for the motion. The pressure on the representatives was so high that one of them fainted as a result. He recovered after two hours.

The measure still has to pass various stages before it becomes law, including who can take out the 10% personal loan, and how much they can withdraw.

This could represent a future retirement crisis if those withdrawing don’t pay back their loans by the time they retire. This comes at a time when most pension funds have taken a hit due to a social uprising and the worldwide Covid-19 effect.

The Santiago stock exchange fell 1.7% as a result of the possible positive vote today. It is expected to fall further tomorrow. 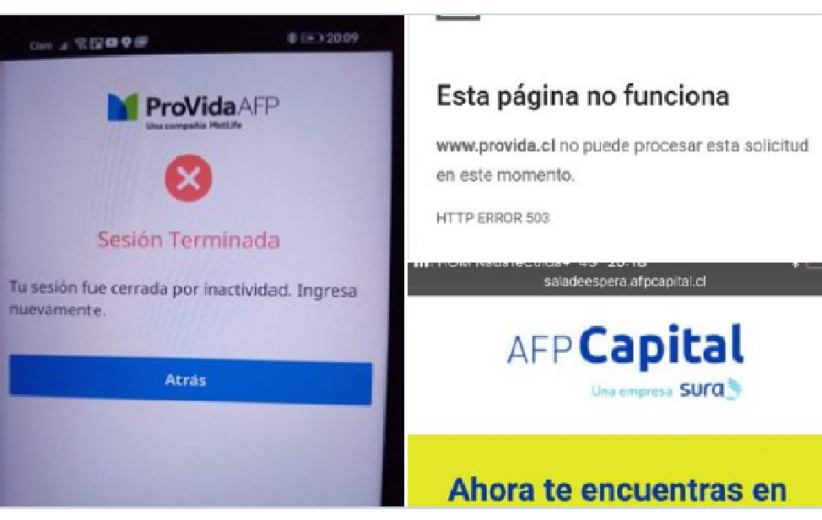 The possible new law might be a life-saver for hard-hit Chileans in these troubling times.
It could also be a positive for the Chilean economy since many people withdrawing these funds might use them to spend it in a quavering marketplace, thereby supporting it. It also shows that Chile is joining a developed world, like Canada, and their not-so-developed neighbor Peru, which already allow their citizens to borrow from their pension funds.

BRASILIA – All government ministries in Brasilia were emptied amid huge protests on Wednesday, following a fire started by angry demonstrators inside ministry of agriculture. Brazilian authorities estimate around 35,000 are marching in the capital […]

SANTIAGO – Chile’s Transport Minister Paola Tapia on Tuesday greeted the incorporation of the first batch of Chinese-made electric buses into the capital’s public transit fleet. “We are advancing in quality for commuters by incorporating […]

SANTIAGO – Protesters have clashed with police during a march in solidarity with the victims from the Augusto Pinochet era, a 17-year dictatorship which began on September 11, 1973. On Sunday, thousands of protesters filled […]