As most Chileans anxiously await being able to withdraw 10% of their pension funds in the coming weeks, the questions arise: How will they spend it, and what comes after the help stops?

Governments worldwide have been injecting emergency funds into their economies to help overcome the resulting financial difficulties of companies and individuals, due to the Covid-19 pandemic. In the U.S., most of this money has found its way into the stock market since interest rates are much too low to be considered a good investment. This has created a bubble in all the indexes; so much so that they are now being called “Misleading Indicators” instead of “Leading Indicators”.

In Chile, it can be taken for granted that people will spend this money the minute they get it, many irresponsibly. With 11.5% unemployment, and another 12% of the workforce furloughed, the money is a life-saver. Unfortunately, 84.7% of the 5,609,357 registered in an AFP have less than $30 million Pesos ($40,000 US), and a whopping 44.8% have less than 10 million Pesos. To the latter, the $1,000,000 Pesos they are about to receive is a small fortune. Since bars, restaurants, theaters, malls and discos are closed due to the quarantine, many will spend their newly found fortunes on food and liquor. Heaven forbid If casinos open in the next few weeks.

Since Chile just started partially easing up on the total lock-down, the remaining citizens will undoubtedly throw caution to the wind and break the quarantine once they become flush with cash. 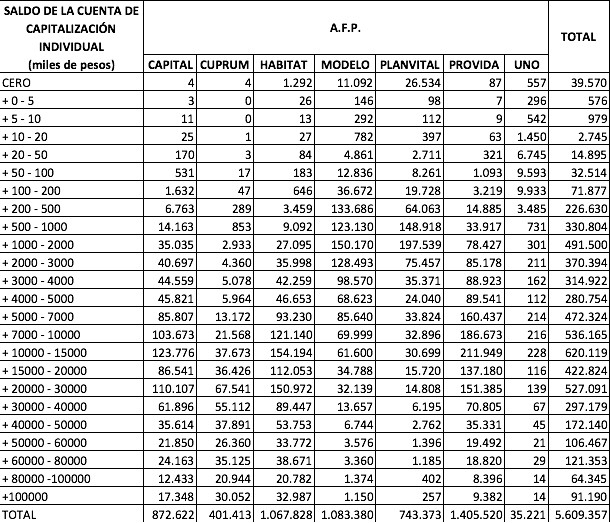 Chileans are not very good at saving money. According to the Census and Economic Information Center (CEIC), Chileans save only 22.1% of their paychecks. This low savings rate is of no surprise since the average Chilean household owes almost 75% of their yearly income. Out of this amount, 37% have not made even one debt payment in the last 90 days.

This is a recipe for disaster for the Chilean economy. 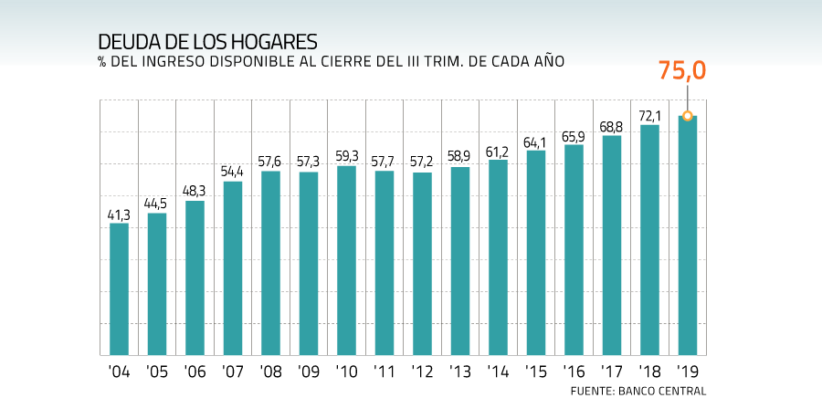 Donald Trump’s words to 35,000,000 unemployed Americans last week tells a story: Most jobs will not come back; most unemployed will need to find something else to do to generate income for themselves and their families. This will be gargantuan task for a large majority of them. Many companies have come to the realization that they were not functioning in a lean manner, as a result of this pandemic. They now know that many workers that were fired, or furloughed, were not necessary to begin with. A company that had 5000 employees pre-pandemic, for example, will have 3000 post-pandemic. They will become leaner, and more profitable as a result. A lot of companies will also realize that many workers can, and might be willing to, work from home, for less pay, just as well as if they were physically at their previous place of work.

Unemployment benefits, and pandemic hand-outs, will eventually have to stop. When this happens, those that have not re-invented themselves will probably take to the streets. This will lead to a new type of social unrest; one that includes the middle class. Since most protests include vandalism and looting, as of late, Trump’s reaction of sending troops into the streets could become the norm, worldwide.

SANTIAGO – The archbishop of Malta, Charles Scicluna, has begun the investigation ordered by Pope Francis to clarify whether Chilean bishop Juan Barros concealed the sexual abuse of minors committed by nearly 80 priests. Scicluna […]

SANTIAGO – Twenty-seven tour operators from 15 countries are following an itinerary through the regions of Valparaíso, Metropolitana de Santiago and La Araucanía as part of “Origins: Expedition Chile 2018” – an event organized jointly […]