SANTIAGO – Chile on Thursday overtook Germany and Iran to become the 9th country with highest number of coronavirus cases in the world.

The Ministry of Health reported 4,475 new cases of coronavirus, bringing the total number of infected people to 225,103 since last March 3, when the so-called ‘patient 0’ was reported.

Health Minister Enrique Paris emphasized that the Minsal campaign will continue to focus on “detecting cases by doing many exams and tracing them in order to be isolated.” 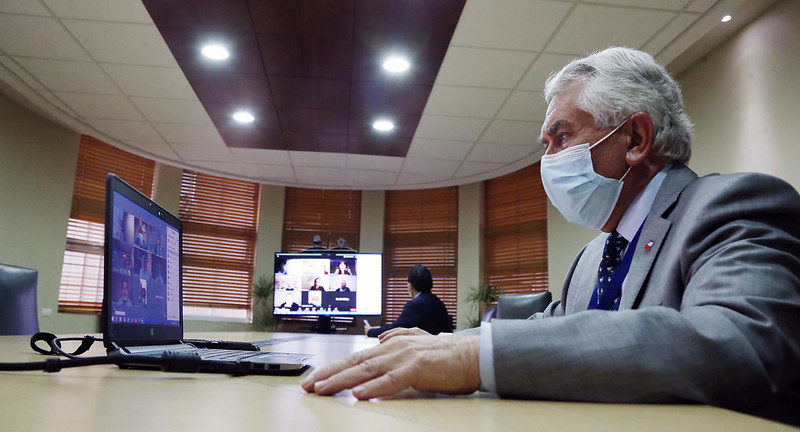 On Wednesday, the Chilean authorities announced that five new communes will enter a mandatory quarantine: San Felipe and Los Andes, in the Valparaíso Region, Rancagua and Machalí, in the O’Higgins Region, and the urban radius of Curicó, in the Maule.

Along these same lines, the undersecretary for Crime Prevention, Katherine Martorell, reported the reduction of individual permits from 5 to 2 per person, during the daytime per week. Also, the safe conducts may only be used for funeral or medical procedures, and the sole work permit will be requested from public officials and workers in food services and essential commerce.

Another action that took place this Wednesday is the project that increases sanctions for those who do not comply with sanitary measures, which the Chamber of Deputies dispatched to law. In detail, fines of up to 200 UTM (more than $ 10 million) and penalties of up to 3 years in prison will be applied to people who violate the regulations.

South America has become the new epicentre of the global coronavirus outbreak, with Chile, Peru and Brazil particularly hard hit.

Iran, which reported its first coronavirus cases and deaths on the same day in February, the Middle East’s first and biggest outbreak of the virus, now ranks 10th in the list of countries with highest number of coronavirus. The Asian nation has a total of 197,647 cases, with 9,272 deaths.

SANTIAGO – After Chilean President Sebastián Piñera had to back down with the appointment of his brother Pablo to take on as ambassador in Argentina, he announced the name of who will take charge of […]

Cuba hopes to break record of 5 million visitors in 2018

April 2, 2019 Web Editor Comments Off on Brazil’s Bolsonaro becomes first head of state to visit the Western Wall with an Israeli PM

JERUSALEM – Brazilian President Jair Bolsonaro visited the Western Wall alongside Prime Minister Benjamin Netanyahu on Monday, becoming the first head of state to do so with an Israeli premier. The visit came after Bolsonaro, […]