SANTIAGO – Chile on Wednesday tightened the lockdowns in capital Santiago as the South American surpassed 220,000 cases of the novel coronavirus.

According to the Ministry of Health, the total number of COVID-19 infections in the country has reached 220,628 after 4,757 freshly-confirmed cases overnight.

As indicated by the undersecretary of Public Health, Arturo Zúñiga, the significant increase in infections occurred due to the inclusion of more than 31,000 new cases that had not been previously notified.

The MINSAL official further reported 232 new deaths, which brings the total number of virus-related fatalities to 3,615. 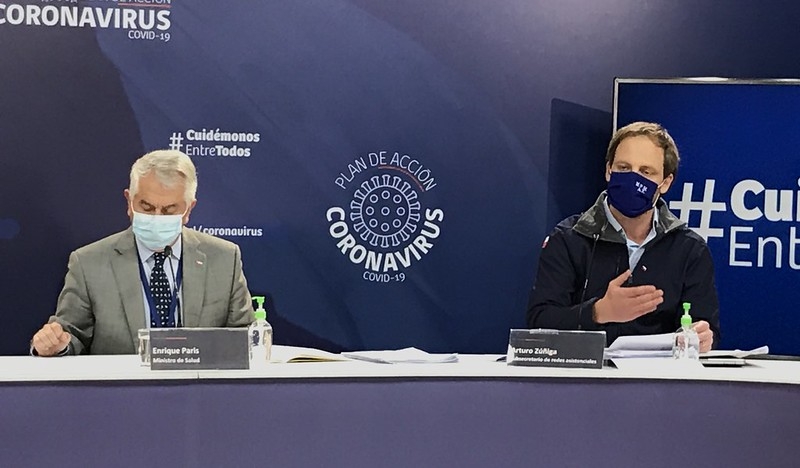 Zúñiga estimated 12,636 PCR tests carried out in the last 24 hours, reaching a total of 886,169 in the entire country since the pandemic began in March this year.

Also, there are currently 11,301 rooms available in 137 health residences for those who require it.

At the daily briefing, Health Minister Enrique Paris, ruled out that Santiago goes into “hibernation” as recommended by Espacio Público, assuring that this cannot be done because “we would be left without basic services” that may aggravate the health situation of citizens.

However, the minister said that residents of Santiago would be granted permission to leave their homes just twice a week instead of the five times.

Given this, the minister announced the maintenance of quarantine for the 50 communes of the country that are under this measure today, in order to reduce the number of COVID-19 infections.

In addition, San Felipe, Los Andes, Rancagua, Machalí and the urban area of Curicó will be added to the mandatory total confinement. 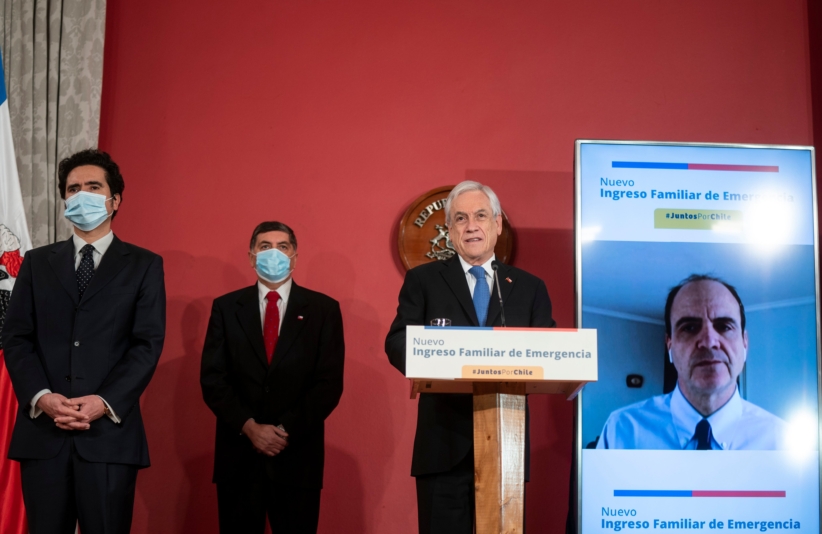 Chile’s government reached a deal with opposition lawmakers for a US$ 12 billion stimulus package over the weekend as infections hit a record and the health minister quit.

The new measures will boost income for poor families and the unemployed, subsidize job creation and cut taxes for small and medium-sized companies, the government said.

The program will be financed through new debt, the drawing down of savings in the country’s sovereign wealth funds as well as the reallocation of budget spending.

“The plan is very powerful and allows us to be optimistic about overcoming the crisis,” Finance Minister Ignacio Briones said in a press conference. “It also allows us to create a responsible fiscal framework for the medium term.”

Even before the latest measures, the government of President Sebastian Piñera had announced stimulus measures worth about US$ 17 billion, equivalent to about 7% of gross domestic product, to fight the crisis. Chilean economists expect the economy to contract 4.8% this year, according to the latest Central Bank survey, which would be the deepest slump in nearly four decades.

Chile has more coronavirus cases per capita than any country except Qatar and Bahrain.

CARACAS – Venezuela’s attorney-general announced Saturday that five police officials had been arrested for their responsibility in the prison fire and riot which killed 68 people Wednesday. Tarek William Saab tweeted that the five officials […]

SANTIAGO – The president of the Chilean Catholic Church’s Commission for the Prevention of Abuses has resigned after acknowledging he was slow to investigate allegations of misconduct in his diocese. The church’s Episcopal Conference announced […]

SANTIAGO – Chile’s state-run shipyard ASMAR Astilleros has started the construction of a new icebreaker. The vessel is scheduled to be completed within four years at a cost of USD217 million, according to the Chilean […]