SANTIAGO – Chile on Tuesday surpassed Turkey – that has 181,298 cases of coronavirus – to become the 11th worst-hit country in the world, after the Ministry of Health reported more than 5,000 new cases and 21 new deaths in the last 24 hours.

Keeping the total number cases at 184,449, the MINSAL announced a correction in the number of cases of patients with coronavirus, a process that is part of a new adjustment, indicating that 31,412 cases that had not been previously notified will be added on Wednesday.

The cases, discovered during a review of the health ministry’s databases, stemmed back to mid-March, when the outbreak began in Chile, authorities said.

“We have detected that there is a significant number of people who have not been notified or whose status has not been processed and continues to be ‘pending,’” Dr. Rafael Araos, a member of an expert committee advising the government, told reporters in a briefing.

“This group of unreported cases … have positive PCR (exams) and thus constitute confirmed cases,” he said. 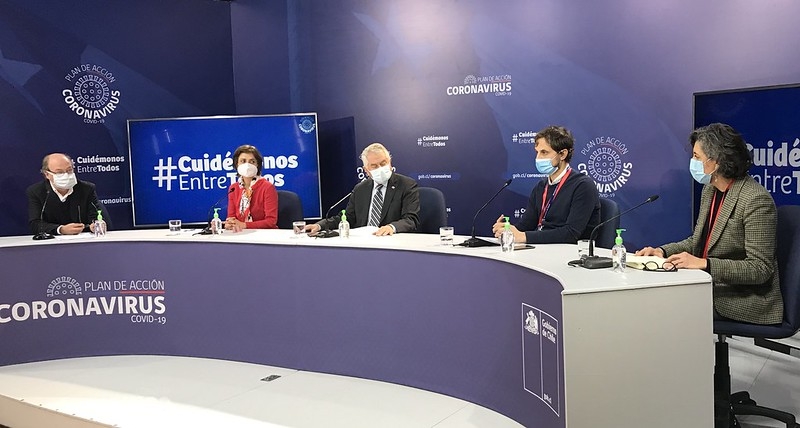 The total number of deaths from coronavirus in Chile is 3,383, as reported by the Undersecretary of Public Health, Paula Daza, who further informed that 14,575 examinations were carried out in the country, reaching a total of 873,533 carried out since the start of the pandemic in March this year.

A total of 12,043 rooms are available at 131 health (sanitary) residences, which can be used by citizens.

“We have continued to strengthen the laboratory network. In the last week, 6 laboratories have been incorporated and the certification of 12 additional laboratories is being streamlined,” added Daza.

Minister Enrique Paris, meanwhile, urged the people to stay in their homes. “The main effort is the people to take care of themselves, to avoid moving if not necessary.”

He assured that all the proposals will be heard and analyzed as appropriate for a possible state of “hibernation” for the Metropolitan region.

“All those proposals that have to do with quarantine decision-making, hibernated, curfew, are handled on Wednesday in the expanded committee led by the President,” Paris said.

The country’s Defense Minister, Alberto Espina, assured that the inspection by the Armed Forces and Carabineros will be much tougher and more rigorous during the extension of the State of Catastrophe mandated by President Sebastián Piñera for another 90 days.

In conversation with 24horas, Espina assured that “the extension of the State of Catastrophe has only one purpose: to save the lives of Chileans.”

“There will be a more intense supervision, with harsher sentences for those who irresponsibly do not comply with the rules. We will take the path that he who does not comply, pays and has to pay later,” the minister warned.

During the last day, at least 1,245 people were detained by police for violating quarantine measures to control the virus spread in Chile.

SANTIAGO – UAE-based Almar Water Solutions, a specialist in the design, financing, operation and maintenance of water infrastructure, has joined hands with Chile-based Trends group of companies to develop one of the world’s largest solar […]

SANTIAGO – The nine Bolivians officials who were detained in Chile after being accused of smuggling, theft with intimidation, and illegal possession of weapons will be expelled from the country within the next 30 days. […]

LA PAZ – A new gas reservoir discovered in southern Bolivia has a production potential of 20 million cubic feet per day, according to the state-owned Yacimientos Petrolíferos Fiscales Bolivianos (YPFB). The deposit is located […]