A letter up for auction in Israel shows a lighter side to world-renowned theoretical physicist Albert Einstein, who developed the theory of relativity, one of the two pillars of modern physics alongside quantum mechanics.

Letters from Einstein’s estate are usually sold for hefty sums of money. The most recent offering, on the block at Winner’s Auctions, a Jerusalem-based agency specializing in manuscripts, ancient Hebrew books, historic documents, rare maps, and more, shows the quirkier side of the famous scientist, and jokes about the many attempts to interview him.

Einstein was famously – some would say infamously – averse to giving interviews.

According to the auction house, the letter was written to the chairman of the Association of Orthodox Jewish Scientists Dr. Elmer L. Offenbacher in 1953. 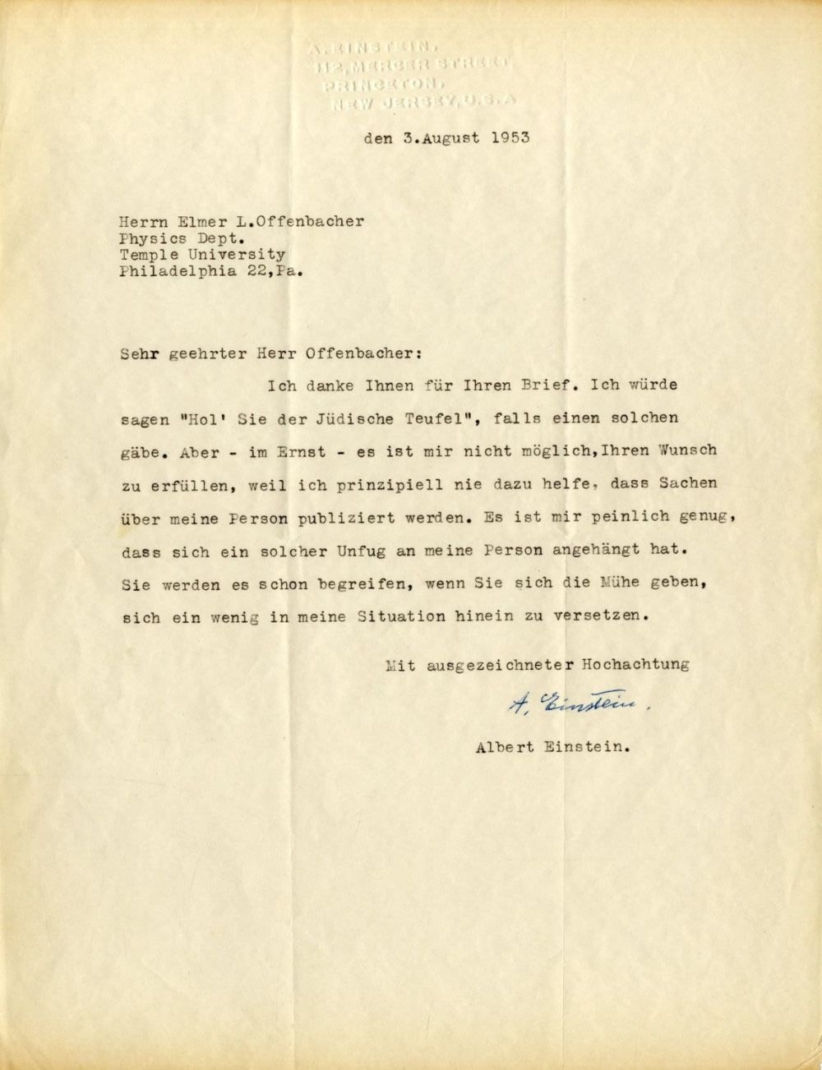 Offenbacher planned to write an article about Einstein’s connection to Judaism, He sought to interview Einstein for the article, but the latter was not excited about the idea and wrote in response:

“Dear Mr. Offenbacher, I thank you for your letter. I should say, ‘May the Jewish devil get you’ if there were such a one. But – seriously – I am not able to fulfill your wish because, in principle, I never assist in something which would lead to the publication of things about my own person.

“It is embarrassing enough for me that such nonsense has attached itself to my person.

“You will certainly understand, if you make a little effort to put yourself in my situation,” Einstein concluded his response.

Offenbacher eventually published the article in 1955, in Jewish Life.

CARACAS – Venezuela’s Supreme Court Wednesday came under an attack by grenades dropped from a helicopter in what President Nicolas Maduro called an attack by “terrorists” seeking a coup. Reports in local media suggested the […]

SANTIAGO – Former world number 230 Juan Carlos Saez has been banned for eight years and fined £10,300 ($12,500) for match fixing. The 28-year-old Chilean was interviewed by the Tennis Integrity Unit after unusual betting […]

SANTIAGO – Chile’s Punkrobot Animation Studio will present at the upcoming Mip Junior and Mipcom a pilot of “Guitar & Drum,” a short-format animated series of 40 episodes of five-minutes each. Punkrobot leaped to to […]