SANTIAGO – Chile’s health ministry on Sunday reported 222 new deaths from coronavirus and 6,938 new cases, the highest number in one day since the start of the pandemic in the South American country.

In this way, the total number of cases since the start of the pandemic reaches 174,293, while 3,323 people have died from COVID-19 illness in Chile.

In addition, the MINSAL stated that there are currently 27,266 active cases and that, of the new infections, 6,368 were symptomatic and 570 were asymptomatic. 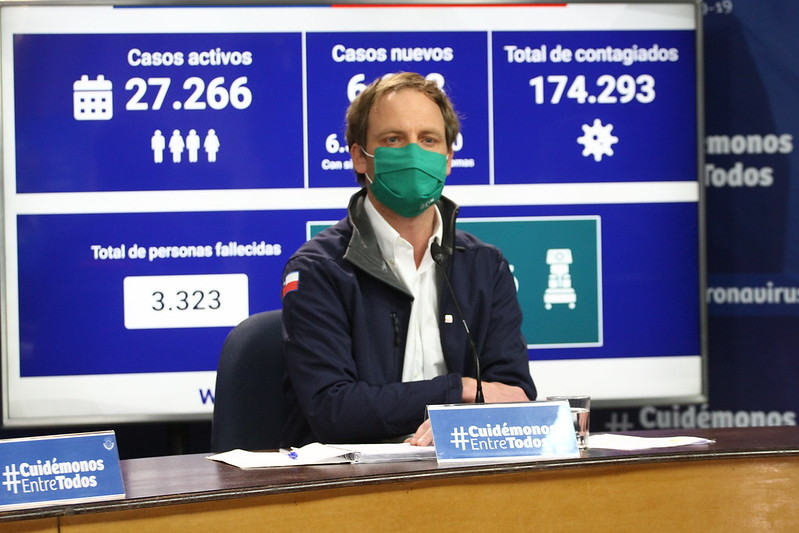 Meanwhile, the government reached a deal with opposition lawmakers to pass a third stimulus package, worth as much as $12 billion, to boost income for poor families and the unemployed, subsidize job creation and cut taxes for small and medium-sized companies during the lockdown.

“The plan is very powerful and allows us to be optimistic about overcoming the crisis,” Finance Minister Ignacio Briones said in a press conference Sunday. “It also allows us to create a responsible fiscal framework for the medium term.”

Before Sunday’s announcement, Bloomberg reported that the government had forecast that the fiscal deficit would balloon to 9% of GDP this year, from 2.8% in 2019.

Chile has more coronavirus cases per capita than any country except Qatar and Bahrain, though its death rate is not among the highest.

Jaime Mañalich, the former health minister, resigned Saturday as daily coronavirus deaths reached a record. The new minister, Enrique Paris appeared Sunday alongside Dr. Tomás Regueira, president of the Chilean Society of Intensive Medicine, and Rafael Araos, Head of Epidemiology at Minsal, in addition to Undersecretaries Paula Daza and Arturo Zúñiga, to share that more than 80% of positive patients are in the Metropolitan Region.

According to the health ministry, a total of 1,751 people are hospitalized in Intensive Care Units, of which 1,465 are connected to mechanical ventilators and 399 are in critical condition.

Ministry official Arturo Zúñiga stated that there are 306 fans available and that the occupation of beds reaches 88% nationwide.

During the night of Saturday and early this Sunday, 1,635 people were arrested from across Chile over COVID-19 violations. Carabineros reported that 264 were detained for not respecting the curfew, while the remaining 1,371 were due to a violation of the sanitary quarantine. 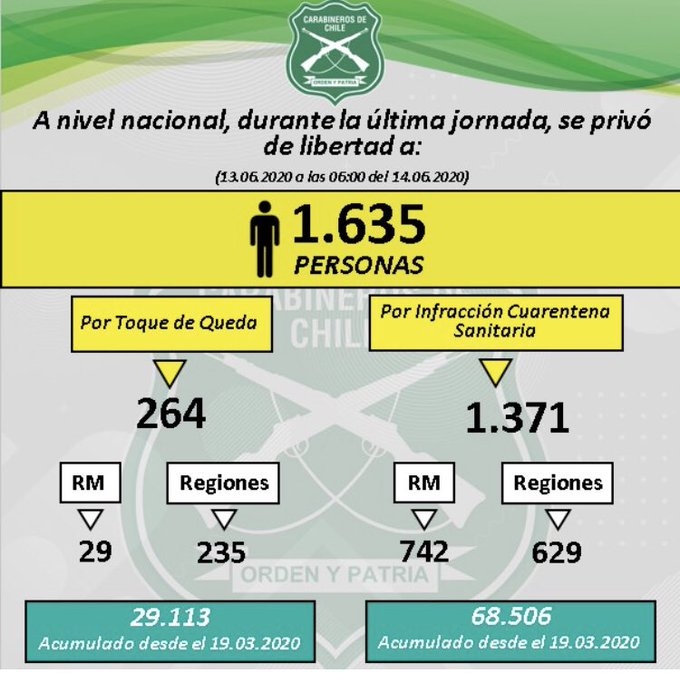 The arrests came amid a strong call by the mayor of Valparaíso Region to the population of the communes of Valparaíso and Viña del Mar to respect the quarantine that will begin tonight – from 10 pm.

Jorge Martínez warned that “we ask you For the good, and for those who do not understand, for the bad, because we will apply all the rigor of the law.”

“The fate of our region, the fate of our older adults, people with severe illnesses, and our already highly stressed medical staff largely depends on that. This is not a game, it is not something that happens in the Metropolitan Region only, it is happening here, “said the mayor.

SANTIAGO – This weekend, a top Venezuelan opposition lawmaker requested Chile’s protection after Venezuela’s high court announced he would be prosecuted on charges punishable by a decade in prison. Freddy Guevara, vice president of the […]

SANTIAGO – Beautiful plants grew in the Atacama Desert – the driest place on Earth – following unexpectedly heavy rainfall in the north of the country during the winter months. VIDEO: Chile builds South America’s […]

SANTIAGO – Young inmates in the southern Chilean city of Valdivia are learning how to use 3D technology to make prostheses for children from poor families. “The kids have really surprised us with their motivation […]