SANTIAGO – Researchers from Chile and Argentine have discovered teeth of an extinct species of the lineage of Gondwanatheria, a group of long-extinct early mammals that co-existed with dinosaurs, in Patagonia, the Chilean Antarctic Institute reported on Thursday.

Named as Magallanodon baikashkenke, the animal is the oldest mammal ever discovered in Chile.

The name Magallanodon is due to the commemoration of the 500th anniversary of Hernando de Magallanes and Baikashkenke’s first round the world tribute to the Tehuelches, in whose language it means “grandfather’s valley”.

The discovery was made during a dig near Torres del Paine National Park, a remote area of Patagonia famous for its glacier-capped Andean spires and frigid ocean waters.

The small mammal would have lived in southern Patagonia during the late Cretaceous era, over 70 million years ago, according to an article published in the bulletin of the Natural History Museum of Chile.

INACH director and senior researcher Dr. Marcelo Leppe called it the “spectacular result of the joint work of Chilean and Argentine palaeontologists.” 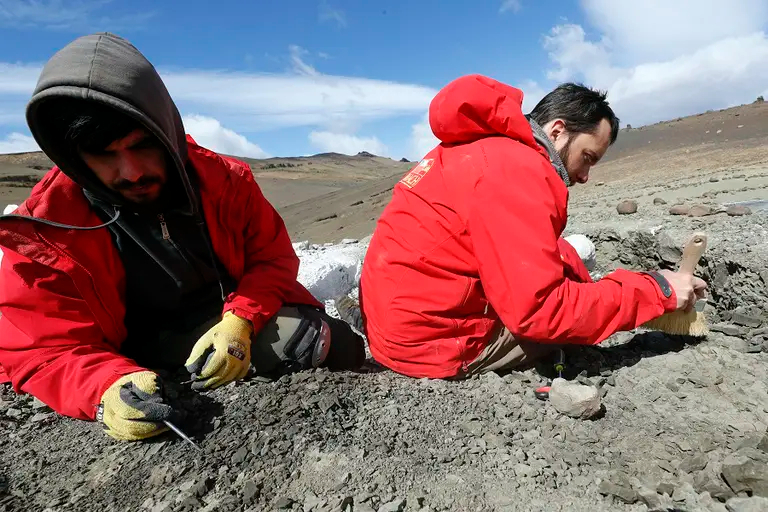 Gondwanatheria remains from the Cretaceous era are extremely rare, particularly in this part of southern South America, according to the Chilean Antarctic Institute.

BUENOS AIRES – Soccer superstar Lionel Messi has married his childhood sweetheart in his hometown in what has been called the “wedding of the century”. Messi, 30, and Antonela Roccuzzo, 29, tied the knot at […]

SANTIAGO – The capital city of Chile is under a smog emergency for the fifth day running because of the poor quality of air, as reported by the local authorities said on Tuesday. For this […]

BUENOS AIRES – With less than a month to Argentina’s midterm elections, the government’s Senate candidate in the province of Buenos Aires, Esteban Bullrich has a 39.6% vote intention, three percentage points ahead of ex […]